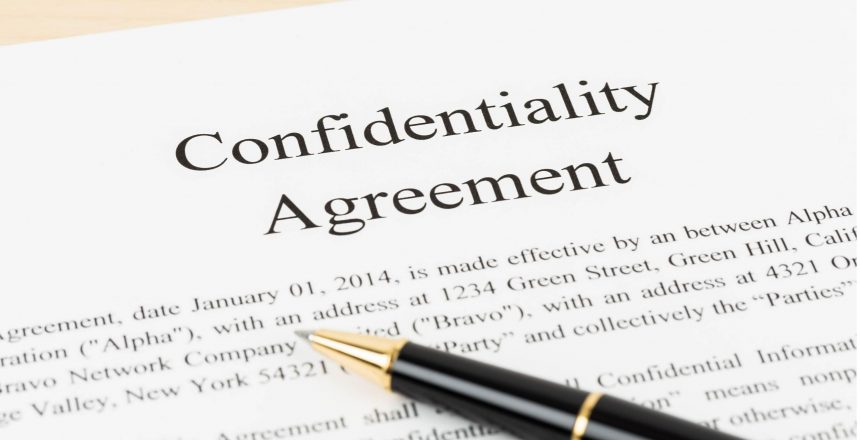 What is a Non-Disclosure Agreement?

A non-disclosure agreement (an “NDA”), also referred to as a Confidentiality Agreement, is an important agreement for any organization that provides or receives confidential or proprietary information.  If you are in the business of providing or receiving such information, I recommend you become familiar with terms that may be contained in NDA’s to make sure your information is protected, on the one hand, and to make sure you are not bound by an overly burdensome NDA, on the other hand.

An NDA can be used to protect your proprietary information in the event you share this information with employees, vendors, partners or other third parties. They may be used in the ordinary course of business or they may be used for extraordinary circumstances, such as selling your business.  There are times that a party to an NDA may try to obtain more rights to information than may be appropriate for the situation.  The best defense is a good offense, so educate yourself on the items that can be included in an NDA and then negotiate the terms that are appropriate for your transaction.  There is no “one-size-fits-all” when it comes to NDA’s, especially when it comes to identifying the type of information being protected.  The following is a list of core terms to include in an NDA:

Since the purpose of an NDA is to protect the company’s confidential information, one of the most important terms is to outline what is included in the definition of “Confidential Information.”  The definition can be as narrow or as broad as is appropriate for the disclosure.  If the NDA is for a particular project with a limited scope of the disclosure, then the definition can be limited to those items that are specifically being disclosed.  However, if the transaction is more comprehensive, such as selling a business or division, then the definition should be expanded to include all information and documents related to the transaction for which the company wants to maintain confidentiality.

Purpose of the Disclosure

The NDA should specify the purpose for the disclosure of the Confidential Information and limit the disclosure for use solely related to the defined purpose.

Non-Disclosure – Maintain the confidential nature of the information

If it is important to the transaction that the Receiving Party is prohibited from making copies of the Confidential Information, this term should be included.  You may add a qualifier that copies can be made only after receiving permission, such as “No copies of any information shall be made without the prior written consent of the Disclosing Party.”

The NDA should provide guidance as to the return of the Confidential Information, which could include at the completion of the project or at any time at the request of the Disclosing Party and that no copies, electronic or hard copy, shall be retained, if relevant to the transaction.

Duration of the NDA

A potential issue arises if the Receiving Party decides it would be valuable to solicit and hire the Disclosing Party’s employees.  An effective term to circumvent this danger is to add a non-solicitation of Disclosing Party’s employees for a certain time frame, such as one year.   The non-solicitation time frame must be reasonable or it may not be enforceable if the timeframe is deemed too long.

In a similar vein as remedies, an indemnification provision can be used to require the Receiving Party to indemnify the Disclosing Party for any damage, claim, or loss related to the Receiving Party’s unauthorized use or disclosure of the Confidential Information or a breach of the NDA.

If both the Disclosing Party and Receiving Party are located in the same city, the law and venue may not be as important.  But if you are dealing with parties that live in different cities or states, it is important to clarify which state law governs the agreement, its enforcement, and which court system will be used in the event of a dispute.  Whoever initiates the NDA generally wants home-court advantage and this is often a term that is heavily negotiated.  Litigation is expensive in general; it is much more expensive if you have to travel to another state.

This provision allows the parties to sign separate documents and the two together will be deemed one agreement, which can provide for greater flexibility and efficiency in obtaining signatures on the NDA’s.  This provision can be expanded to allow for a facsimile or an electronically scanned document to have the same legal effect as an original.

If the NDA is the result of extended negotiations, this provision indicates that this version is the final version and supersedes any previous agreement or understanding, which prevents future arguments that the parties had agreed to different terms that were not in the NDA.  It can also provide guidance for any desired future modifications, such as requiring any amendment must be in writing and signed by both parties.

A good understanding of the above terms will provide you with a great deal of protection and the ability to create or negotiate an effective NDA.